In the early 1840’s Henry L. Thayer was a successful Littleton, New Hampshire merchant with a dream to build a hotel more modern in equipment and character that others of its kind. Despite warnings of failure, the dream started taking shape in 1843 when he purchased the lot just east of his store. Although the exact year construction began is unknown, sources indicate January 14, 1850 as opening day for “THAYER’S WHITE MOUNTAIN HOTEL.” Success was soon established due in part to the coming of the railroads to Littleton in 1852.

“Dad” Thayer, as he came to be known, built his success on the quality of service he offered “drummers” (salesmen) and other travelers to the area. Lackeys would deliver firewood for the fireplace or Franklin stove in order to heat the room, a candle to provide light, a pitcher of water for washing as well as the guest’s own personal “thunder-jug”. Bed sheets were turned down just before the guest retired for the evening and heated stones were placed between the covers to warm the bed. These were all regular services of the hotel. If further service was desired a buzzer could be used to summon a boy by ringing once, twice for a maid, and three times for water.

With its Greek revival architecture and commanding position on Main Street Littleton, the hotel maintains a long history of hosting Presidents, leading politicians, celebrities and other notable dignitaries.

Henry L. “Dad” Thayer and his son Frank operated the hotel into the late 1800’s. Originally named “THAYER’S WHITE MOUNTAIN HOTEL,” regular guests called it simply “THAYERS.” Through the years the hotel retained that label, dropping the apostrophe and the “WHITE MOUNTAIN” and finally in 1984 changing “Hotel” to “Inn.” 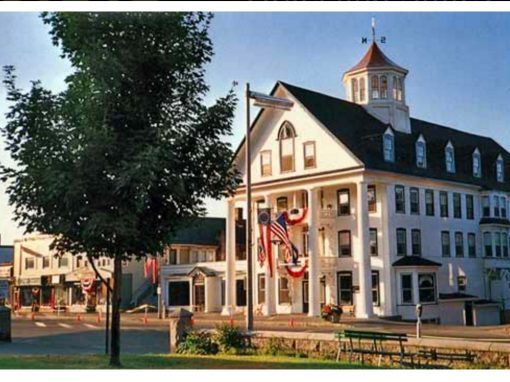 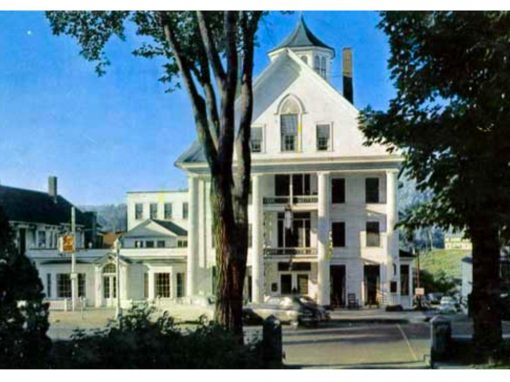 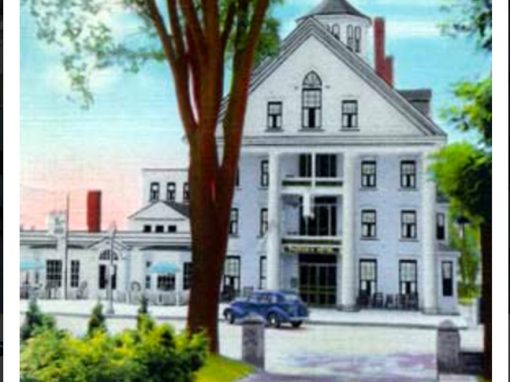 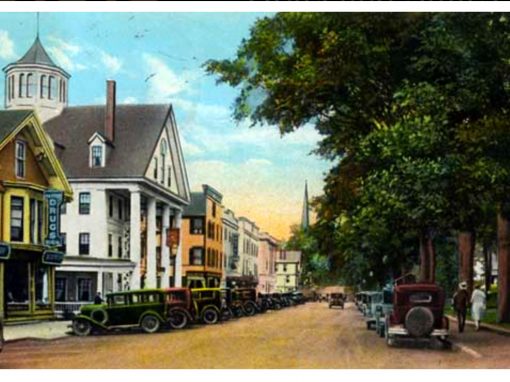 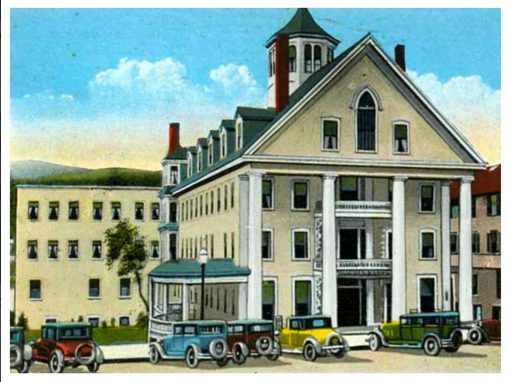 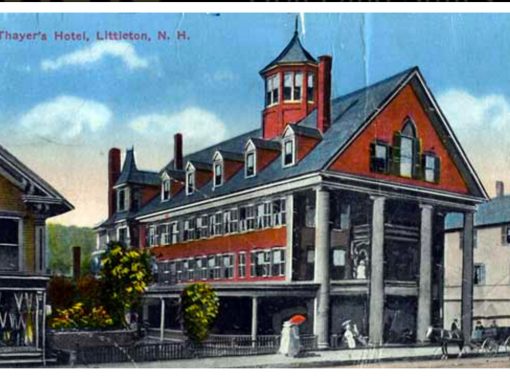 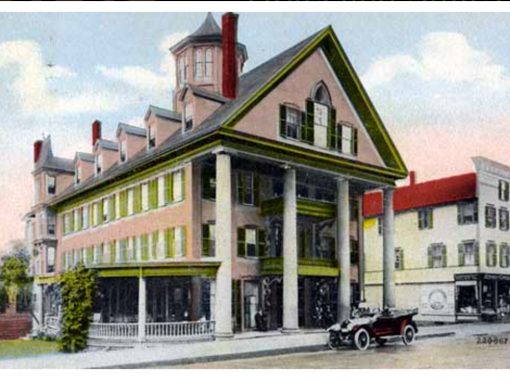 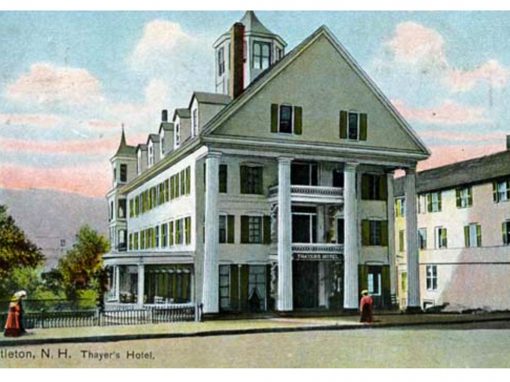 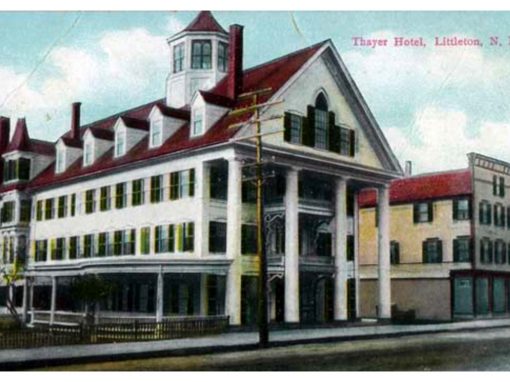 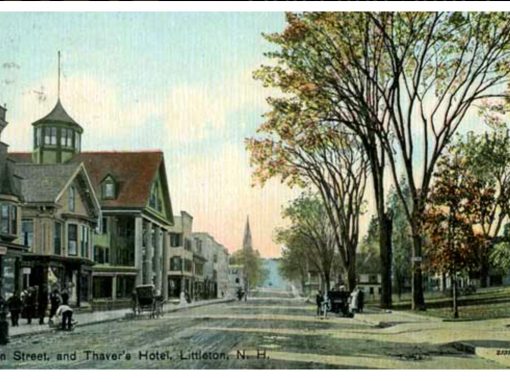 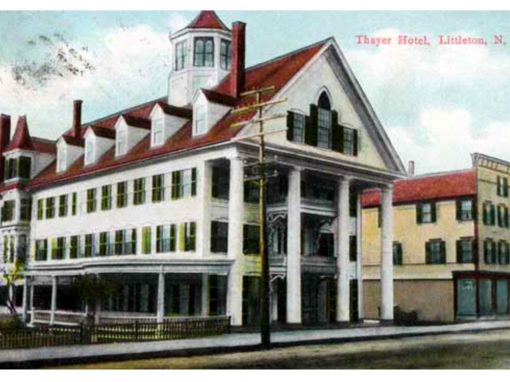 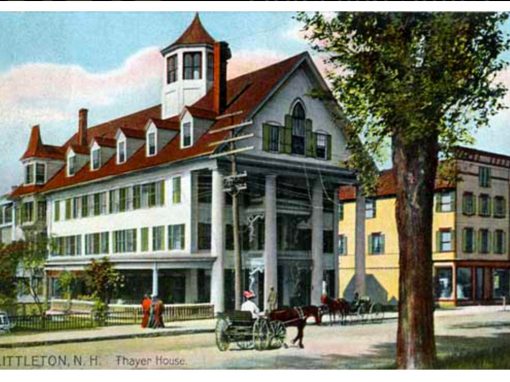 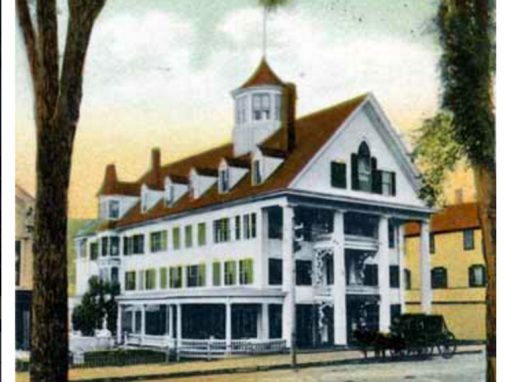 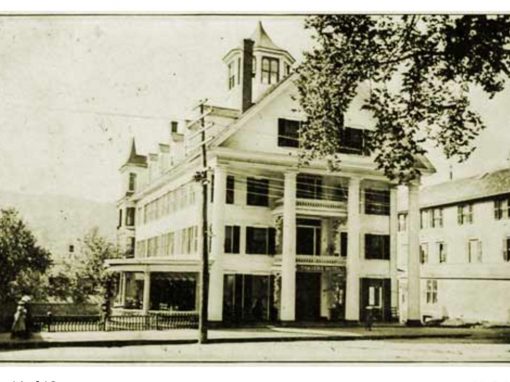 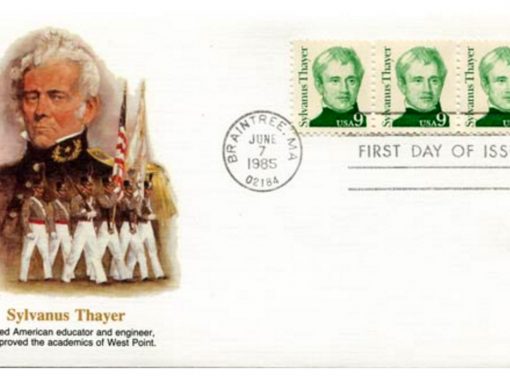 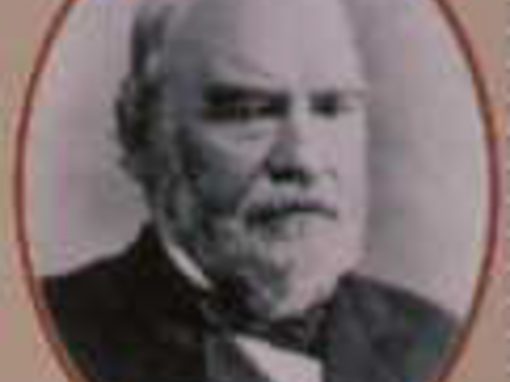 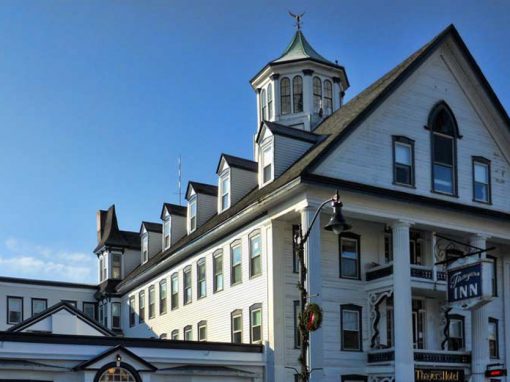